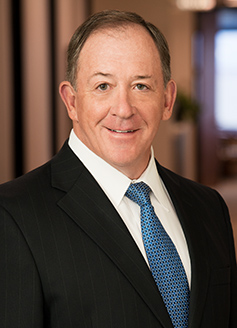 At Robinson, Waters & O’Dorisio, Anthony L. Leffert is a partner in the firm’s litigation practice group. He represents clients in litigation throughout the United States and regularly has cases in Colorado, New York, California, Texas and Florida. Tony has tried more than 100 jury and court trials.

His recent trials include:

Tony was recently inducted as a fellow in the Litigation Counsel of America, an invitation only honor society of experienced trial lawyers.

Tony graduated from Northwest Missouri State University, with a B.S. in Accounting with honors. He received his Juris Doctorate from the University of Nebraska and obtained his LLM in banking and financial law from Boston University, where he was the Senino Award winner. He is admitted to practice law in Colorado, New York and Nebraska.