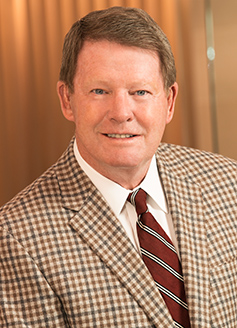 At Robinson, Waters & O’Dorisio, Brian G. McConaty specializes in civil trial practice emphasizing medical malpractice defense, health law and civil/commercial litigation. He has tried over 100 jury trials to verdict and has been selected for inclusion to The Best Lawyers in America® by his peers.

He has been on the faculty at the University of Colorado School of Medicine as an Assistant Clinical Professor for over 25 years. He has also served on the Board of Directors of the St. Joseph’s Hospital Foundation and the Denver Country Club. He lectures locally, nationally and internationally on medical-legal topics.

He has been named a Super Lawyer® since 2006 and is listed as one of the top 50 and top 10 attorneys in the state by Colorado Super Lawyers Magazine®. He was also voted “Barrister’s Best” as the top medical malpractice defense attorney by Law Week Colorado. Brian has been listed a Top Lawyer in medical malpractice defense by 5280 Magazine since 2015.

Mr. McConaty was elected Colorado’s first Diplomate in the American Board of Trial Advocates in 2008 and served as President of the Colorado Chapter in 2011. In March 2011, he was inducted as a Fellow into the American College of Trial Lawyers.